Conversations can help to bring about truth and understanding. A recent conversion series brought together different voices in the spirit of creating dialogue about racism in this province.

The event featured two conversations: both, one between Sheelah McLean and Kristen Enns-Kavanagh, and another between Janelle Pewapsconias and Zoey Roy, focused on how to talk about racism with colleagues, family and friends.

Janelle Pewapsconias, social innovator and spoken word poet, says the event was an excellent opportunity to engage with others, learn and also share personal experiences. For Pewapsconias, the topic of racism has been evolving since she was a child.

While Pewapsconias says racism still exists, she also acknowledges there has been changes over the years, with several groups and institutions willing to make changes in the works that they do.

“It is going to be a life-long journey of packing, unpacking and unlearning some of the things that we've picked up through our experiences and our lives and to always be humble as well because we are all learning,” she says. “It is the personal approach that we pick to overcoming racism and confronting it and unlearning it and challenging narratives. Remembering that we are all human beings, and to be tough on systems, but soft on people,” she says, adding that racism is more than the actions of an individual. To her, it is about institutions that are in place that limit other people’s access.

Kristen Enns-Kavanagh, executive director, Saskatchewan History and Folklore Society, says it was important to get together to have these discussions because a lot of people are experiencing racism in their work or personal life.

“We are really looking at dismantling the structures of power that have been around for a very long time so it is important to talk about them,” she says. “I think people are recognizing the harm it is causing, so I think there is more willingness to talk about it. It is also more challenging in some ways because the discussions aren't very comfortable for people who have not experienced racism.”

Enns-Kavanagh shares some of the points that stood out for her at the event included confronting personal biases.

“We all have internalized racism. If we imagine that we don't, we get into trouble and we can end up doing things that are harmful because we are not aware of our own internal biases.” In the discussion, she revealed how these internal biases have played out in her life, with hopes that it would be of benefit to those who can recognize them in their experiences. 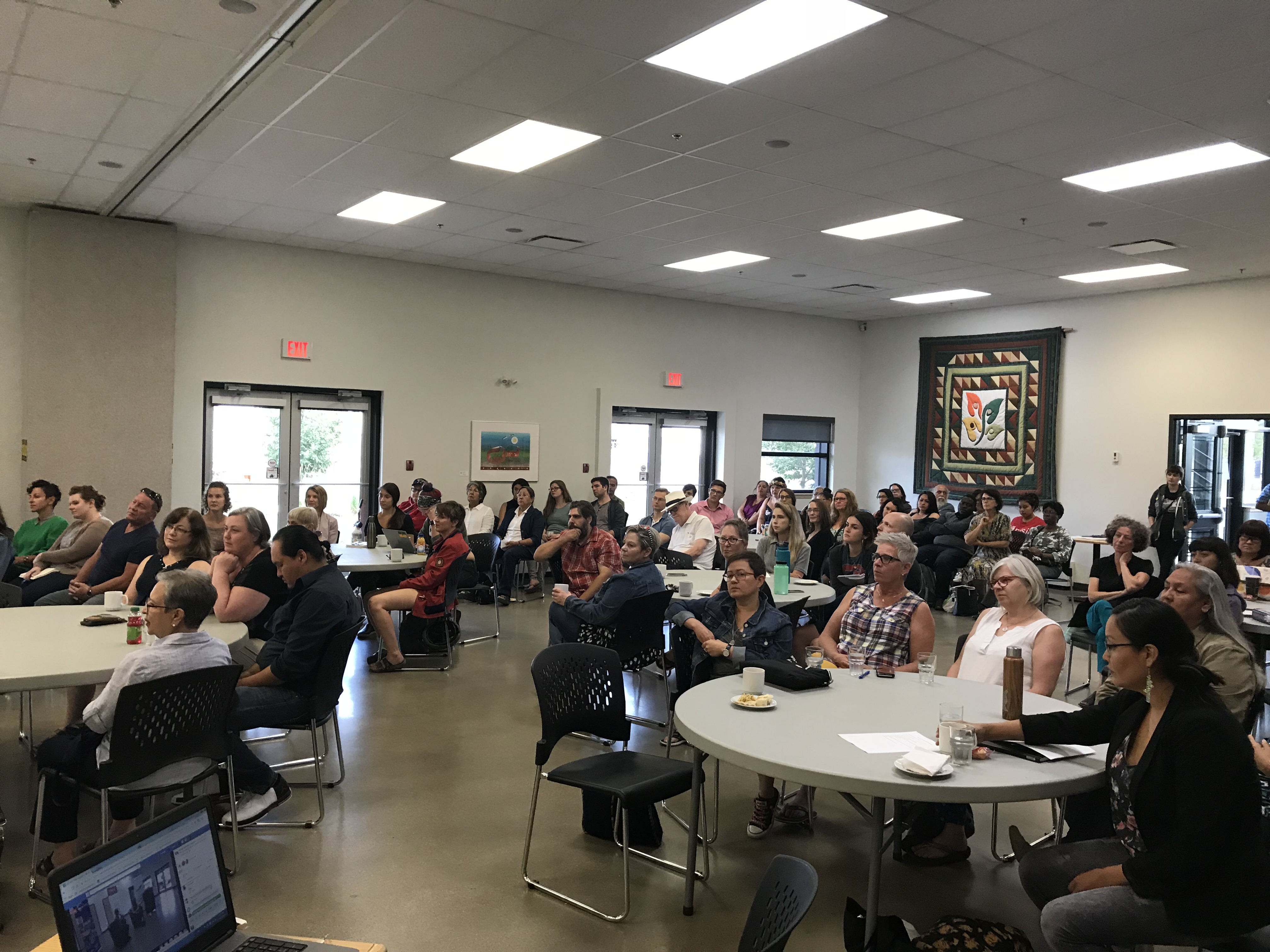 This year will be the second year SaskCulture will partner with other organizations to host panel discussions on cultural topics. Last year’s Let’s Talk was about cultural appropriation. This year, the event took place at Station 20 West in Saskatoon and was also live-streamed in Regina, Yorkton, Prince Albert and Red Deer. It was recorded and can be watched on SaskCulture’s YouTube channel.