Community Brings People and Cultures Together

The drizzling rain wasn’t enough to dampen spirits of those celebrating community diversity and inclusion in one of Regina’s neighbourhoods.

Hosted by the Harbor Landing and Albert Park Community Association, the Summer Bash is an annual event held in designed to bring people together and encourage cultural engagement within the community. It featured lots of activities including sport demos and trials, stage performances from different cultural groups, crafts and a trade show, and other fun activities for kids as well as several stage performances from different cultural groups. The organizers received a Multicultural Initiatives Fund grant from SaskCulture to support the high level of cultural performances and sharing.

Russell Paskimen, a powwow dancer at Summer Bash, says this event was an opportunity to share his gifts and talents with the community and “to bring awareness that we are all Treaty people.”

“At one time it was broken, now we are mending it. It represents that we all are Treaty people, and more than that, we are human beings first no matter what race we come from.” ~ Russell Paskimen

Paskimen welcomed people to join the round dance. This, he says, represents unity and a sacred hoop.

“At one time it was broken, now we are mending it. It represents that we all are Treaty people, and more than that, we are human beings first no matter what race we come from. We have to learn to continue to live together in harmony and unity and beautiful way of life,” he says. “We should do our best to eliminate racism and just learn to coexist in harmony and live together and respect each other.” 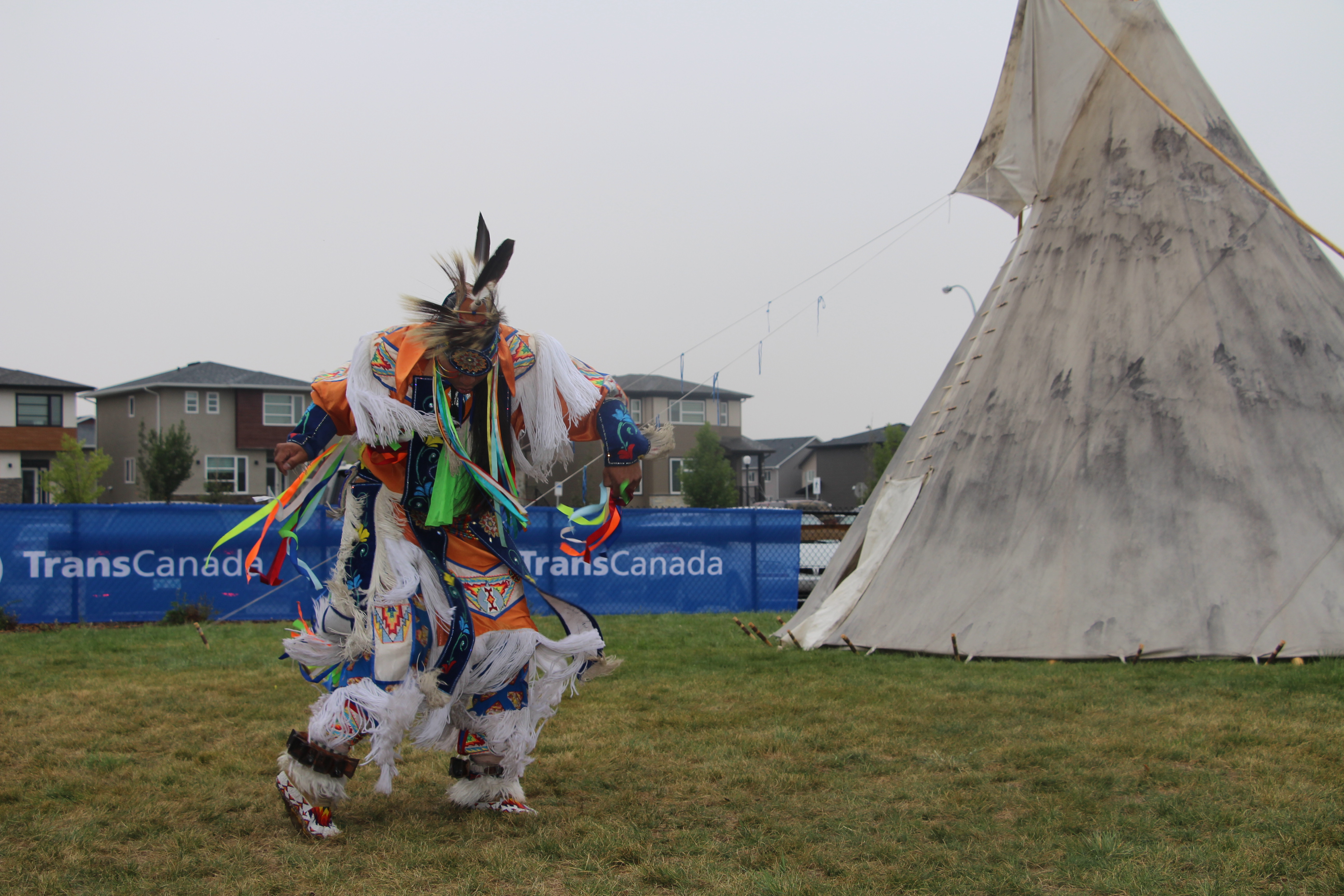 Lejdi Ago, cultural village coordinator, says Harbor Landing is home to many different nationalities and the main objective for the event is to encourage cultural engagement among community members.

“There are many that bring a lot of culture to our community. We wanted to give them all the chance to share where they come from and to listen and learn a little bit about each country,” he says. “After each performance, the group will give some time to members of the crowd, trying to teach them how they dance.”

New to this year’s event was the World Map, which encouraged people to place pins on their home countries. The organizers also included an Indigenous pavilion designed to teach people about Indigenous history and values as part of their work to address the Truth and Reconciliation Commission Calls to Action.