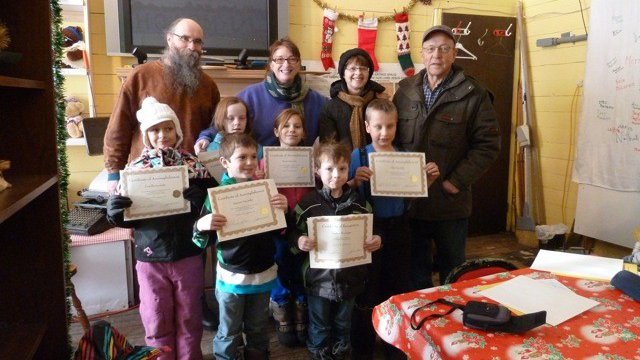 Junior curators helping preserve the past in Meacham

By its very name, a history museum focuses on history. It preserves the past and honours the olden days. At the Meacham Museum, they are doing things a little bit differently. To help celebrate the past, they are turning to the future.

The Junior Curators Program was established in June 2013 to give local children an opportunity to become further involved with the museum, which is located in the community of 93 residents approximately 70 km east of Saskatoon. There are currently eight children involved in the program between the ages of five and nine.

“The program started with the kids themselves. They were wanting to be part of the museum,” says Flo Frank, mayor of Meacham and one of the founding members of the museum.

“Several of them are very attached to the museum and have been from the start,” she explains. “Three of them stopped by regularly and asked questions about the exhibits, showed a keen interest in learning more about them and were able to tell other kids about what they had learned. That is how it started.”

As junior curators, the children are responsible for giving tours and talking about the exhibits, which are changed every three months. They also play the DVD that accompanies each show, as well as ask visitors to sign the guest book and thank them for coming. Four of the junior curators have also attended museum board meetings, where they provided reports on progress. They also participated in planning sessions for exhibits and shows.

“The older ones – after they’ve been there a few times – they know quite a bit about a lot of it. They then can give a little tour. Our museum is so tiny, a tour doesn’t take too long. But, there’s lots and lots of stuff in it all the time.”

“It’s not really a structured program,” Frank says. “The kids organized it and this is what they want to do. They love the museum and call it ‘our museum’.”

With the success of the Junior Curators Program – and the interest in preserving the past – their children are going to have to share it with their friends. The successful introduction of the program has led to increased interest from other people in the community. “We get to do some cool things at the museum and my friends think that’s pretty cool,” says Spencer’s nine-year old sister, Kayla. “Some of them want to become junior curators now.”