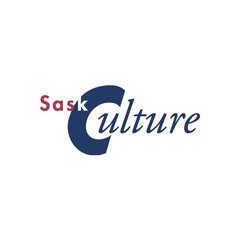 Thanks to $400,000 in funding from the Canada 150 Fund, a new partnership, made up of several Saskatchewan cultural groups, will help build new and respectful relationships between Canada’s Indigenous and non-Indigenous peoples through language, literature and arts engagement throughout 2017 and beyond. Resilience and Respect: Canada 150 and Beyond will acknowledge the resilience of Indigenous peoples and celebrate the potential of Indigenous cultures, languages and arts in the province.

“Canada’s 150th anniversary serves as an opportunity for us all to reflect on this point in time, including the years leading up to it, and the changing relationships going forward,” says Joanne McDonald, president, SaskCulture. “We are very pleased that the Canadian government is supporting this unique partnership and its endeavors to build a broader understanding and appreciation of Indigenous cultures, as identified in the Truth and Reconciliation Commission’s Calls to Action.  It is an opportunity to learn, celebrate and leave a lasting legacy of partnership and engagement by Saskatchewan people.”

Activities taking place as part of Resilience and Respect: Canada 150 and Beyond include:

And a final cultural gathering to showcase activities and ensure a legacy, organized by SaskCulture.

In the public announcement made November 25, 2016, Hon Ralph Goodale, Minister of Public Safety and Emergency Preparedness and Member of Parliament (Regina-Wascana) announced funding from Canadian Heritage for this project, along with 18 other Saskatchewan projects, and noted, “This funding…will help celebrate the achievements of a broad cross-section of people in Saskatchewan and their invaluable contributions to Canadian nation building.”