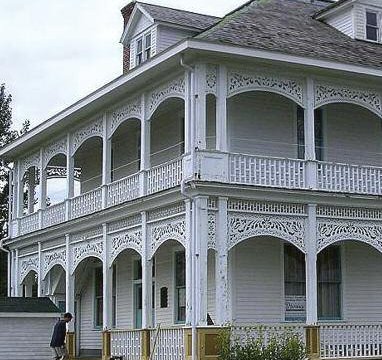 heritage history museum tradition
A popular way of sharing a particular culture with others is through song. Always looking for ways to engage the public in their culture and traditions, the Doukhobor Cultural Society of Saskatchewan is planning to make their music even more accessible.
Singing keeps community together,” explains Bill Kalmakoff, treasurer of the Doukhobor Cultural Society of Saskatchewan (DCSS). When the Doukhobors came to Canada from Russia in 1899, they brought with them many of their hymns and songs, which are sung in Russian. “A transliterated song book is currently being printed,” he says, that will translate the Russian words into English, using pronunciations that would maintain the Russian sounding accents in the songs. The hymns were taken from a hymn book originally produced by N.N. Kalmakoff, who is a former resident of Saskatchewan.
“This new song book will let people who don’t know Russian join in singing with the Doukhobor choir,” Kalmakoff says. Those interested in Doukhobor singing can also purchase CDs that have been produced by the Saskatchewan Doukhobor Centennial Choir and others.
Sharing their culture through song is not the only activity that keeps the Doukhobor community lively. Putting on suppers and lunches also is a way of bringing community together and in helping raise funds for the Society, as well as donating to charity. According to Kalmakoff, many people in the Saskatoon area look forward to the Doukhobor bread, sold at the Prairie Land Exhibition.
Saskatchewan is also home to several national heritage sites that highlight Doukhobor heritage. The Doukhobor National Heritage Village in Veregin, Saskatchewan continues to generate considerable interest in the Doukhobor culture. The Heritage Village includes the Doukhobor Prayer Home, a museum and other historical buildings all open to the general public from June to September each year.
The Doukhobor Dugout House, near Blaine Lake, is a national historic site and historical landmark. It offers visitors guided tours and opportunities to learn about the place where Doukhobors first came to the area and which offered temporary accommodations while the village of Ospenia was being developed. The settlers moved to Ospenia in 1904, but most moved on to be part of the 61 villages the Doukhobors had settled in Swan River, Veregin/Kamsack and Langham/Blaine Lake regions.
Thanks to the Popoff family of Saskatchewan, the parcel of land with the Dugout House was preserved. Designated as a provincial heritage property in 2005, the site has been excavated and studied by the archeology department from the University of Saskatchewan. Today, it is home to a museum that provides information about the history of the Doukhobors and samples of the artifacts that had been dug up around the area. “The provincial government has also named the creek near the dugout after that village,” explains Kalmakoff.
While visiting these historic sites, there is often a chance to join a celebration. “Last year, Peace Days were held at the end of June in both Blaine Lake and Veregin,” adds Kalmakoff, “which brought many community members and visitors together. This year, a special heritage day is planned at the Doukhobor National Heritage Village for July 17th.“
The DCSS, which receives support from Saskatchewan Lotteries Trust Fund for Sport, Culture and Recreation, helps coordinate the community’s support of the Doukhobor culture through programs, as well as a quarterly newsletter called The Dove, which is available to subscribers and Society members in Saskatchewan, BC, Alberta, and other parts of Canada. Kalmakoff says there is even a subscriber in France.
To learn more about the National Doukhobor Heritage Village and the Dugout House, visit www.ndhv.ca and www.doukhobordugouthouse.com  The DCSS is also launching a website this year www.saskdoukhobor.ca .